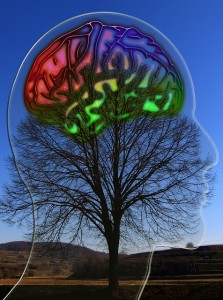 Since the late 1990s, mental health practitioners noticeably started to rethink their approaches to psychotherapy, calling into question many of the traditional beliefs and assumptions that have governed best-practice methods for centuries.

The explosion of neuroeconomics and related behavioural economics has, over the past 15 years or so, brought about a step-change within the psychotherapy industry, challenging prescriptive methods of research and ushering in more up-to-date methods of identifying and treating psychological disorders and unhelpful behaviours.

Studying the brain’s decision-making processes using a combination of techniques from the fields of psychology, neuroscience and economics, neuroeconomics provides new and exciting insights into the brain’s decision-making processes, challenging age-old assumptions to provide more tailored research and treatment options, as well as greater insight into how and why judgements are formed.

To date, some of the most important assumptions challenged by this burgeoning school of thought include:

• That the therapeutic relationship is the sole influencer on changing the brain’s processes:

While research has shown that the relationship between doctor and patient is key to facilitating positive change, less than a third of patients say it brings about change.

Extra-therapeutic factors are more important in inspiring change, while understanding how the brain processes emotions and stimuli to arrive at decisions can generate more personalized approaches to patient treatment.

• Chemicals are how the brain changes:

Drugs and medicines can help manage symptoms in psychological patients but it is ultimately understanding the brain’s reactions to situations and stimuli that facilitates a less invasive, more organic approach to change.

Understanding the multiple systems at play, rather than focusing on a unitary process, enables practitioners to come up with more creative methods of therapy as opposed to relying on drugs in isolation, or as a failsafe method of treatment.

• The self-report method of therapy is error-free:

Patients undergoing psychotherapy often self-report, but the decision-making processes that underpin ne are open to error and bias.

Self-reporting systems rely on honesty and understanding, essentially allowing for manipulation or misinterpretation, while introspective ability is not always as developed as such methods assume. In terms of neuroeconomics, individuals may have a response bias that affects the decision-making process, skewing the results of self-reporting methods.

For decades, the assumption that symptom management brings about true change has prevailed within the field of psychotherapy. Since the emergence of neuroeconomics, the premise has been challenged as failing to create lasting, transformational change as it does not address the root issues in depth.

• Psychology and economics are, by nature, disparate:

The fields of psychology and economics may not, at first glance, seem connected. Neuroeconomics and behavioural economics have bridged the two industries, highlighting how decision-making directly effects economics.

Neural systems mediating emotions like fear and anxiety are activated in economic decision-making processes, emphasizing the importance of neural assessment in figuring out why people and institutions arrive at choices in light of long or short-term rewards and goals, taking into account elements such as rationality and social factors.

• Decision-making is a unitary process:

The assumption that decision-making is a unitary process had long prevailed within the field of economics until neuroscience revealed that the brain deals with both automatic and controlled processes, as opposed to working out problems in the same way every time.

Modern economic models have sought to illustrate the concept that decision-making and behaviour are the products of multiple diverse processes that interact and, at times, conflict.

Progress is impossible without change, according to the old adage; neuroeconomics is an increasingly important school of thought that challenges today’s industries to broaden their scope and employ more creative methods to achieve positive change.

Today’s progressive times means relevant and effective challenges to tradition and assumption should not be overlooked – behavioural and neuroeconomics bring the potential for progress.

The Executive Brain: A Postmodern Approach
March 12, 2015
Advancements in Addiction and Substance Abuse Recovery
June 5, 2014
A ClusterDuck of Thinking: A Collusion of Self-Deception and Half-Truths
December 20, 2013 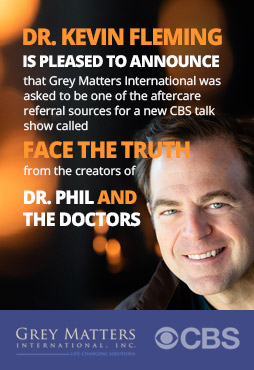