The Executive Brain: A Postmodern Approach 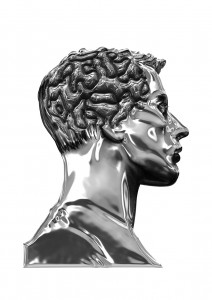 What is the executive brain?

The human brain’s frontal lobe is the most recently-evolved component, and more developed in humans than in any other species, but with this advancement come the complexities and challenges of a postmodern era.

Known as the Executive Brain, the frontal lobe is responsible for high-order functioning, governing judgment and ethical behaviour, and enabling individuals to set goals, plan, monitor and assess outcomes.

For decades, this part of the brain was not recognized for its importance, known only as the ‘silent lobe’; more recently, however, neuroscientists have unravelled the intricacies of the Executive Brain as responsible for imagination, empathy and judgment, as well as its crucial connections and leadership role among the other areas of the brain.

The dynamic modern world requires that the Executive Brain copes with today’s challenges, including information overloads and multitasking, while maintaining a reasonable, moral lifestyle and an appropriate work-life balance. In completing each day’s multitude of tasks – many of which are performed remotely or alongside others – efficiency levels, concentration and perception are, arguably, adversely affected.

Multitasking brings about chemical changes, releasing feel-good hormones; in fact, the rewards felt from multitasking are short-lived and addictive, representing a loss of focus and training the brain to become distracted easily. Research has shown that a distraction as small as an unread email can affect concentration levels to the point that individuals’ IQs are reduced by ten points, and information taken in while multitasking often goes to the wrong part of the brain instead of being stored in the appropriate place for later recall.

With expectations set so high and ever-increasing stress levels as a result of day-to-day juggling, ‘double-bind’ situations where conflicting messages seem to cancel out positive outcomes are becoming more difficult to resolve. Examples include:

• Choosing between ‘now’ and ‘excellent’ – or time urgency and quality

• Choosing between something and the right thing

In this sort of double-bind situation, individuals often experience anxiety and feelings that they must do something but that they cannot. These conflicting feelings can be difficult to address, going right to the core and contributing to feelings of helplessness or despair.

What’s more, much of multitasking requires decision-making on often small or insignificant matters, which results in depleted impulse control and greater potential to make bad decisions about something important.

For years, methods of stress management and self-help have been used to treat anxiety and other related ailments, but in today’s postmodern world these methods are increasingly met with scepticism – and rightly so; instead of mediating the effects of double binds, there is an ever-pressing need to tackle the root issues and bring about true change.

Perhaps the answers lie not in unoriginal, age-old methods of symptom management, but in the burgeoning brain-changing school of thought that is neuroeconomics. Using pioneering combinations of neuroscience and economical approaches, it’s possible to work out how and why decisions are formed. It follows, then, that interrupting these processes at pivotal times can help bring about positive and long-lasting change within the Executive Brain.

Rewriting reality, as opposed to managing symptoms, takes time and work, requiring individuals to take a step back from the hustle and bustle of daily life to question and reshape their decision-making processes. Much like the Executive Brain, neuroscience and the related field of neuroeconomics have the tools to investigate, assess and control behavior, bringing about lasting change designed with our postmodern times in mind.